Do you want to find a place with many Japanese people living in Hanoi? It would be great to move to Vietnam but still live with the Japanese community that is familiar to us. This will help you quickly adjust to Hanoi life and feel like a fish out of water in a foreign country. Here are a few places in Hanoi where many Japanese people live. Take a look and choose the home that best suits your needs!

The Japanese Quarter in the heart of the capital

Ba Dinh District is the central area of Hanoi, with the concentration of agencies and departments of the State of Vietnam. The reason why many Japanese prefer to live in the Ba Dinh district is that there is a Japanese Embassy located in Lieu Giai street, Ngoc Khanh precinct. Therefore, when living and working near the Japanese Embassy, you can quickly contact your embassy to promptly support problems arising while living in Hanoi.

The Embassy of Japan is located in the Ba Dinh district.

In particular, when referring to the Japanese Quarter in the heart of the capital, one must immediately think of Kim Ma Street, Linh Lang - Dao Tan Street in Ba Dinh District. The people of Hanoi have long considered this place as a Japanese street. Along these streets are dozens of restaurants from popular to high-class with Japanese style, accompanied by large signs written in Japanese. 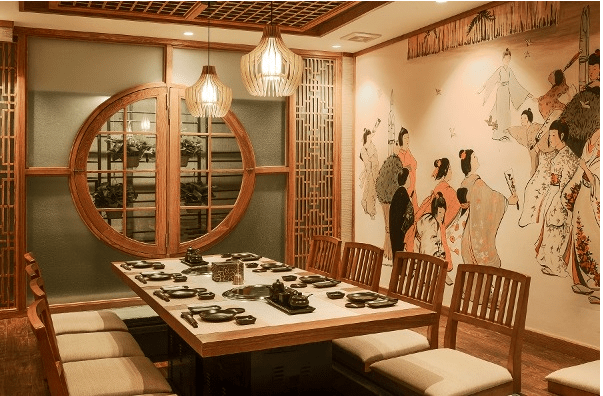 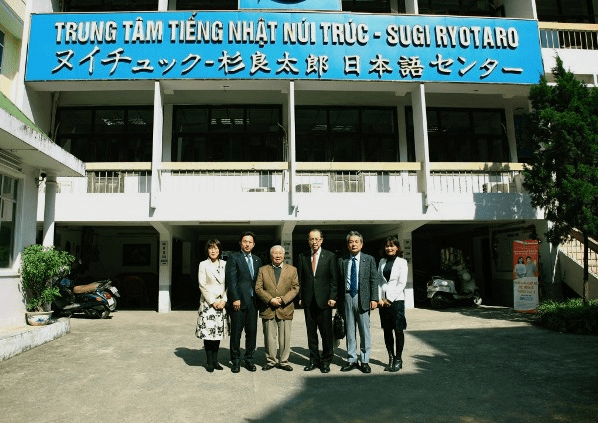 In addition, there are many conveniences as cosmetic stores, supermarkets, hospitals, schools... are opened to serve Japanese customers. It may be mentioned as: 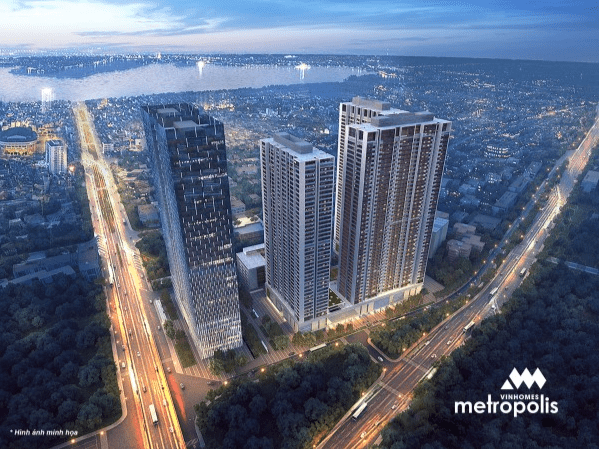 Vinhomes Metropolis on Lieu Giai Street, near the Japanese Embassy 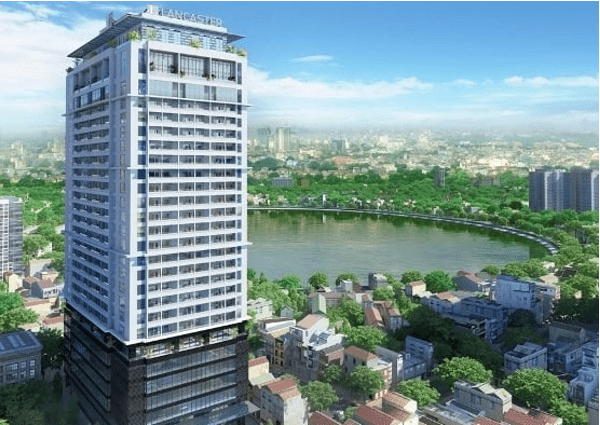 The Lancaster apartment building is designed in harmony with nature, 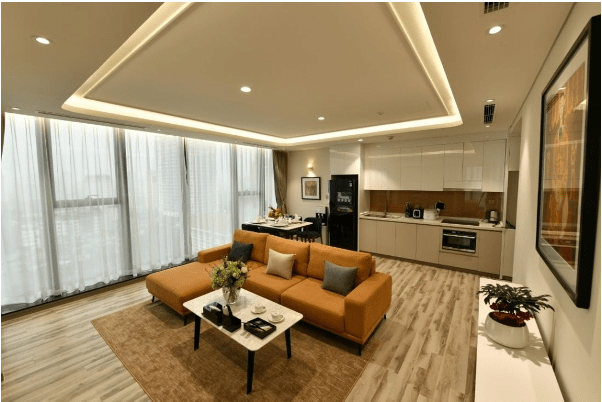 such as a commercial center, amusement park, gym, spa, yoga,…

Thanks to the presence of the Japanese embassy in the Ba Dinh district, the neighboring areas such as Kim Ma, Linh Lang, and Dao Tan streets.. form the diverse Japanese food street from the popular segment to the high-end segment. Therefore, you will not have to worry about eating unappetizing local dishes, but you can eat your familiar Japanese words every day right in Vietnam. Here are some typical Japanese restaurants that you can refer to.

In addition, you can see more Japanese restaurants in the Ba Dinh district here.

Ba Dinh district is also home to many historical sites of Hanoi. Therefore, while living here, you can explore many famous landmarks such as Ba Dinh Square, Ho Chi Minh Mausoleum, Ho Chi Minh Museum,... In addition, you can also visit the other relics and cultural and spiritual areas such as One Pillar Pagoda, Voi Phuc Temple, Quan Thanh Temple,... 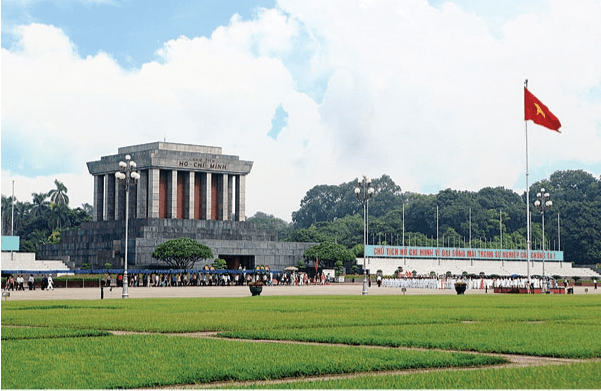 The symbols of Hanoi are Ba Dinh Square and Ho Chi Minh Mausoleum.

These attractions create an ideal living space that attracts many Japanese to the Ba Dinh district to live.

The most dynamic life in Hanoi capital

Business and trade activities in the district are growing and bustling. Many office buildings, apartments were built to meet the living and working needs of the people. 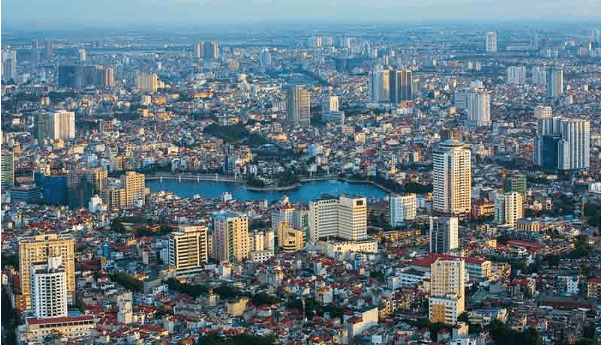 Hai Ba Trung District is the most dynamic district in Hanoi

One of the reasons why Hai Ba Trung District is an ideal place for the Japanese community in Hanoi is that the area has a lot of lakes and parks, the government also pays great attention to bringing nature into harmony. Into urban space, creating a green landscape. 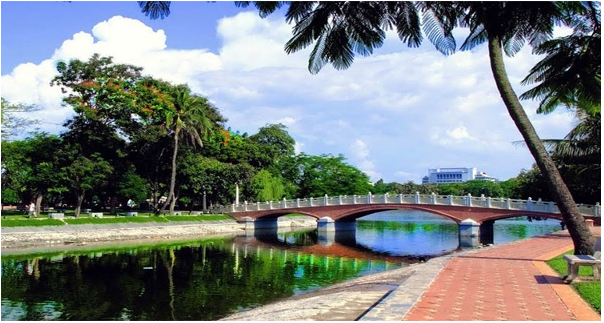 Thong Nhat Park is known as the largest park in Hanoi, always a familiar place not only for Hanoi people but also for tourists.

The famous attractions in Hai Ba Trung District are beautiful to tourists. These can be mentioned as Thong Nhat Park with green space, which is an ideal picnic place, Times City amusement park with much enjoyable entertainment, entertainment services, Thien Quang Lake in the green, Dong Nhan Temple or Dong Nhan Temple, Quynh Loi ancient pagoda is the place to offer incense and worship Buddha of many people in Hai Ba Trung District,...

Comfortable and modern apartment for the Japanese community

The population density in Hai Ba Trung District is relatively high, mainly concentrated in high-class apartment buildings near hospitals, schools, etc... Several foreign tourists living and working in this district are also rather crowded. Which, the Japanese community accounts for the highest percentage.

Vinhomes Times City is a high-class and modern apartment complex 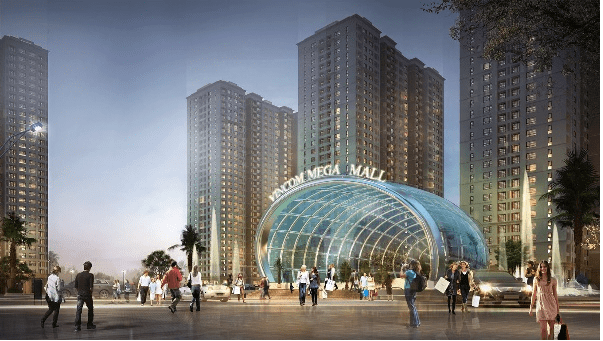 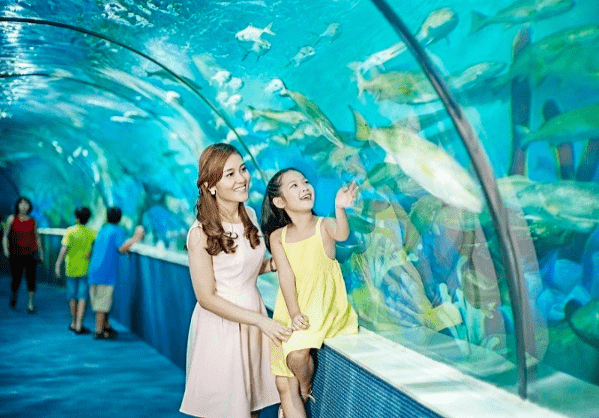 Hinode City Apartment has architecture in harmony with nature, bearing the breath of Japan The crystallization of outstanding standards of living 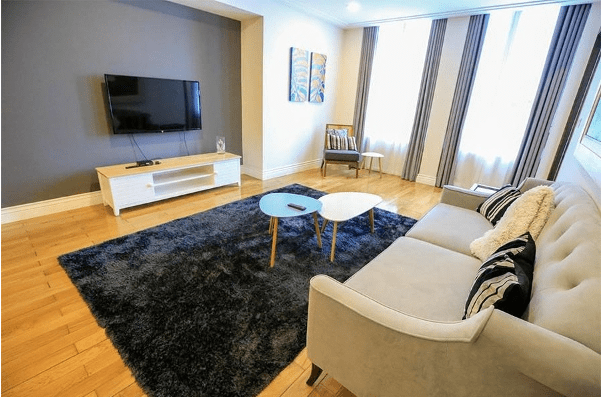 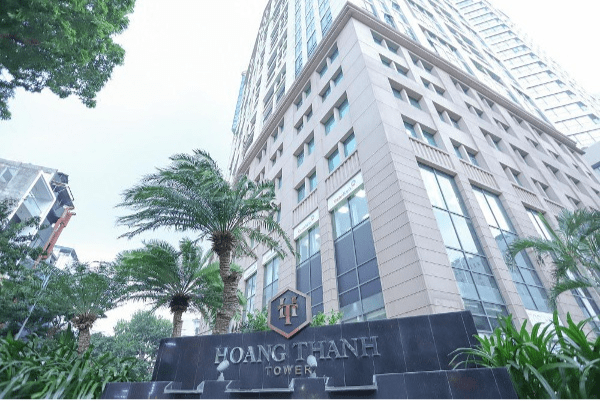 Tay Ho District: A classy place to live for the high society

Suppose you want to live in a place in harmony with nature and expand your opportunities to interact with the high society of the ex-pat community in Hanoi. In that case, the Tay Ho district is an ideal place to live. In particular, the West Lake area is the first choice of Japanese experts, senior officials of embassies, or foreigners doing business with high income. 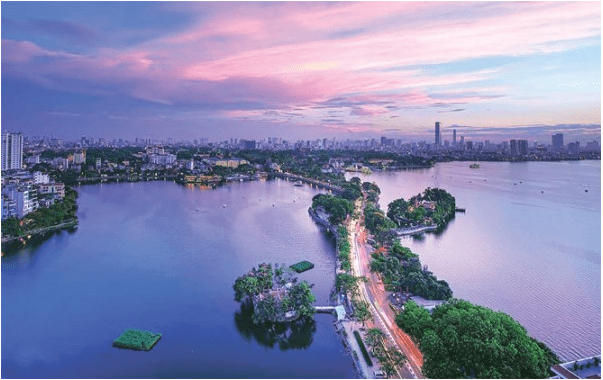 West Lake is the living place of Hanoi's high society 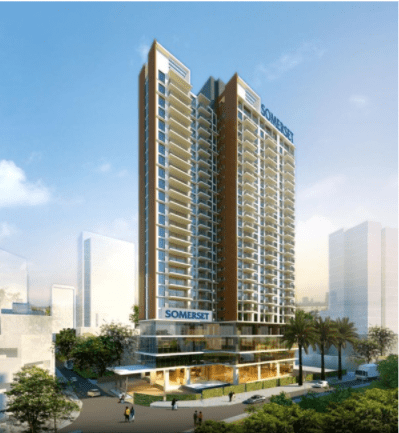 >>> See more information about apartments for rent in the Tay Ho district here.

A significant advantage of the Tay Ho district is the vast natural landscape with West Lake covering an area of more than 500 hectares of water surface. As a result, residents living near this area will enjoy a relaxed, fresh and windy atmosphere. Living in a natural setting in the heart of the bustling capital, residents here all form a habit of walking, fishing, and sightseeing around the lake. 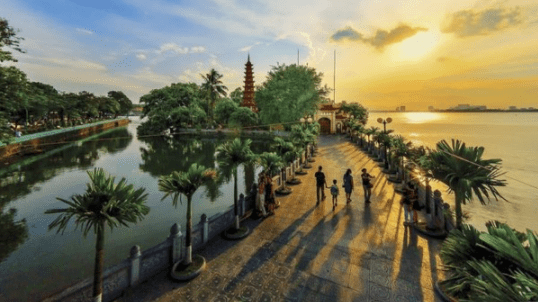 Although it is a place chosen by the high society to live, the Tay Ho district does not have amusement and entertainment areas such as golf courses or stadiums. This land fund will be built into high-rise apartment buildings or villas. This contributes to creating a quiet and peaceful living space for residents.

Advantages of traffic to industrial zones

If you are a Japanese expert working in Thang Long industrial park from Tay Ho district, you need to cross the Nhat Tan bridge and Thang Long bridge, you can quickly get to the workplace compared to other areas. In Nhat Tan Bridge is a large project with the association of Japanese and Vietnamese investors. This bridge is also considered the face of Vietnam with international friends when entering Hanoi from Noi Bai airport. 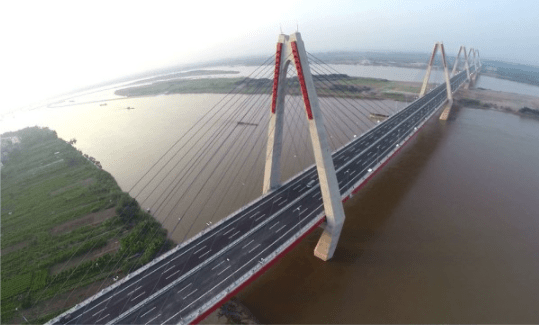 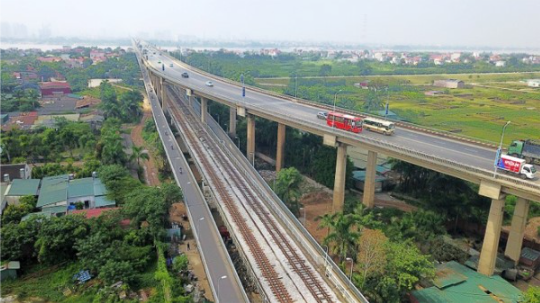 Tay Ho district is the convergence of many international residents from many different countries, so the cuisine of this district is extremely diverse and rich. You can not only easily find many Japanese restaurants here, but also hundreds of other delicious dishes from Europe to Asia. Taking advantage of the terrain of West Lake, restaurants and eateries stretching on Dang Thai Mai, Xuan Dieu, To Ngoc Van,... are beautifully decorated combined with the peaceful beauty of West Lake to create a Quiet space to fully enjoy the food here.

Here are a few Japanese restaurants in Tay Ho district that you can refer to.

Through the above sharing, Property Plus believes that you have gained the necessary information to choose a suitable place to live with the Japanese community in Hanoi. If you want to know more details about renting an apartment in Hanoi, please contact Property Plus immediately for 24/7 support in English - Japanese - Vietnamese!

Dossiers and procedures for is... 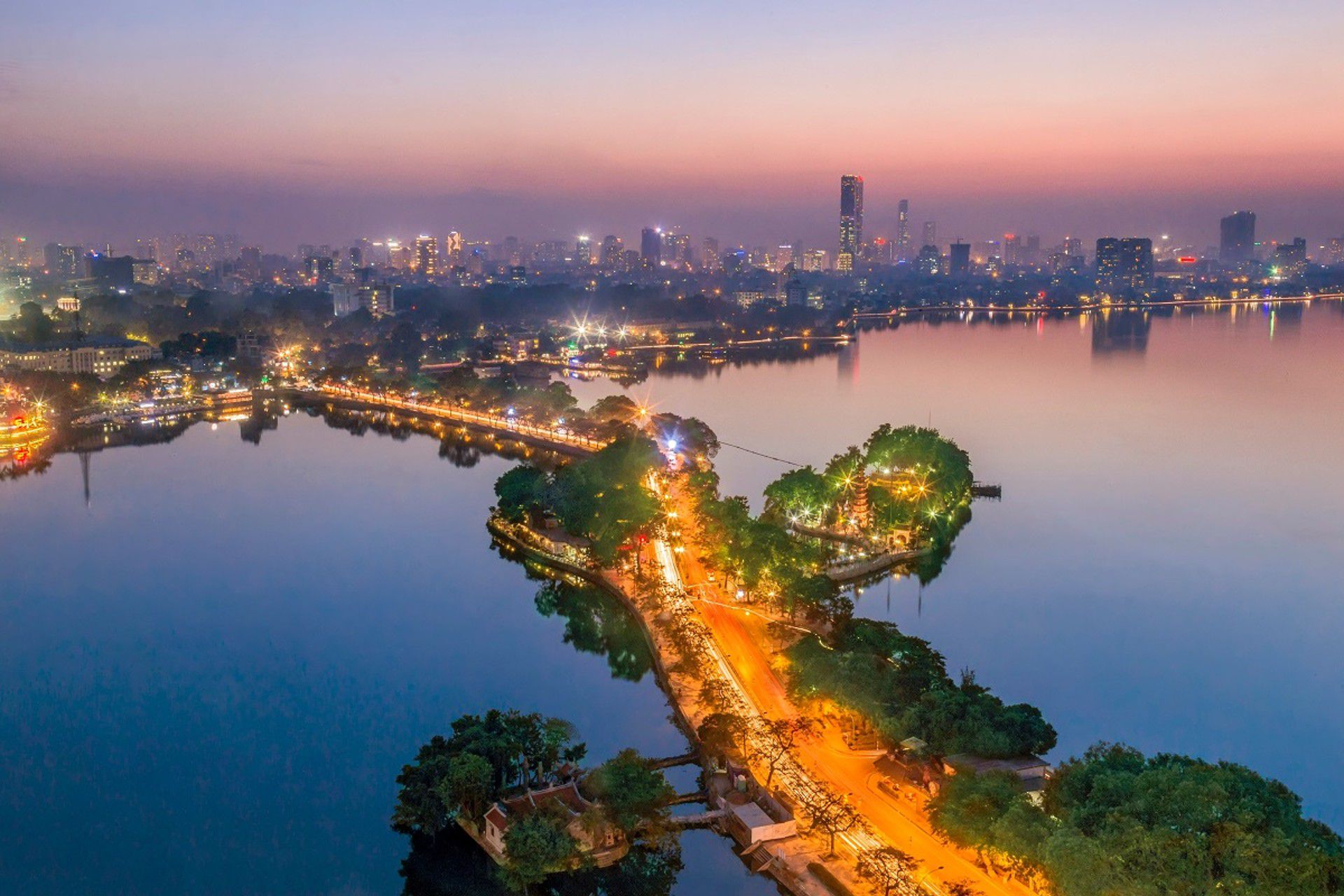 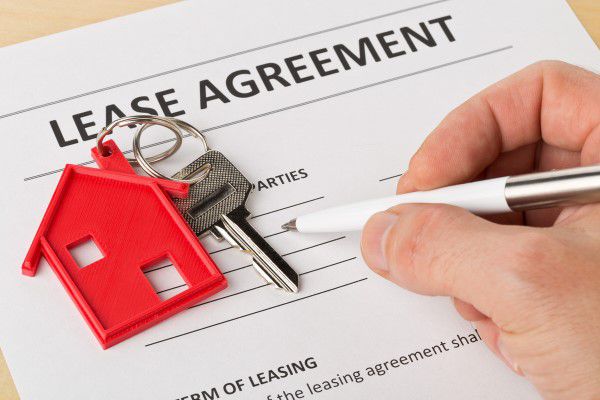