Top 3 areas with a large Korean community in Hanoi

Currently, the Korean community in Hanoi is quite large. They are mainly directors of Korean corporations, professionals, entrepreneurs, or teachers who come to Vietnam to work and live. Many areas with a large concentration of Koreans have developed facilities to serve Koreans such as restaurants, supermarkets, food streets, and so on.

The following article of Property Plus will share with you the top 3 areas with a large Korean community in Hanoi. Let's find out which areas are those! 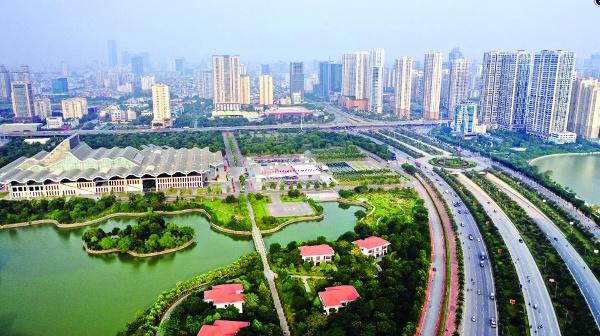 Right here, there are a variety of big projects such as My Dinh National Stadium, Vietnam National Convention Center, Thang Long Avenue, Hanoi Museum, fitness and sports training center, and so on. In particular, My Dinh National Stadium is often chosen to host major sports tournaments and Cultural Exchange events between Vietnam and Korea, making Nam Tu Liem district a bright spot that attracts many Koreans to live here. 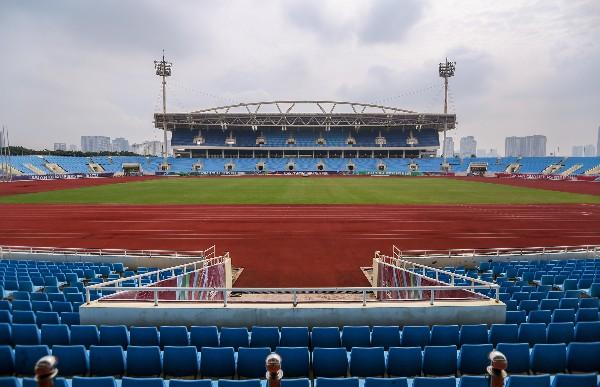 My Dinh National Stadium has a capacity of 40,192 seats and is a multi-purpose stadium, used to organize major sports and entertainment events in Vietnam.

Not only famous for its beautiful landscapes, but the Nam Tu Liem district also has a quite diverse culinary culture. In particular, there are many Korean restaurants and eateries here, such as: 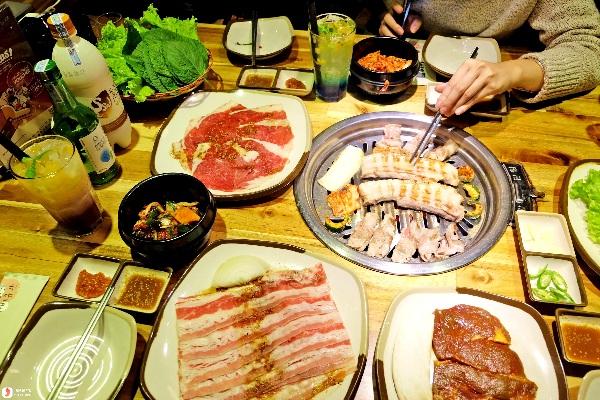 Some other facilities for the Korean community in Nam Tu Liem district can be mentioned as:

Regarding the transport system, there are many high-class urban areas here, so the transport system is increasingly upgraded, convenient for moving into the center of the capital as well as neighboring provinces. The arterial roads here include Thang Long Boulevard, Pham Hung, Le Duc Tho, Me Tri, My Dinh, Ton Seven Theories, The Bac Hong - Van Dien railway line, etc... 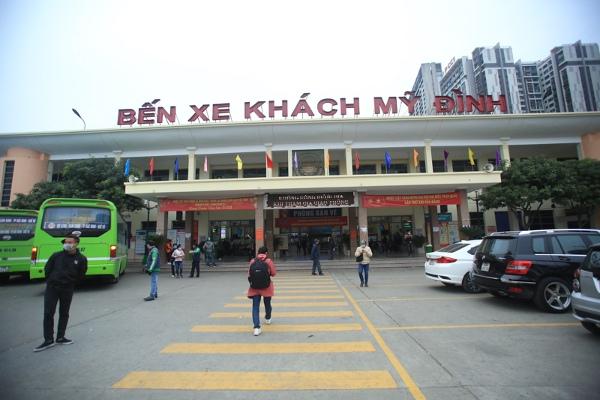 One of the largest and most modern bus stations in Hanoi
is My Dinh bus station, in Nam Tu Liem district

My Dinh bus station attracts a large number of passengers every day and is the gathering place of many inter-provincial bus routes (Lao Cai, Dien Bien, Lai Chau, Son La, Quang Binh, Da Nang,...). This is also the bus transit point of the city (bus numbers 16, 30, 33, 40, 46,...).

The number of Koreans coming to Hanoi to live and work is increasing. In Nam Tu Liem district, a series of large-scale office buildings were erected, fully equipped with amenities, not only attracting many Vietnamese companies and entrepreneurs but also Korean entrepreneurs, such as Keangnam Landmark, Handico Tower,... Therefore, many Koreans choose to settle around this area, forming a Korean community in Hanoi. 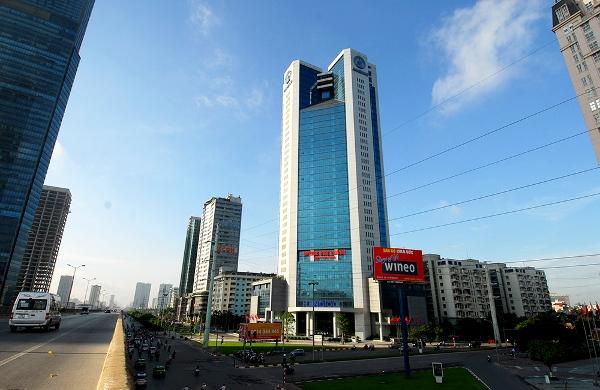 Handico Tower office building is located on Pham Hung Street, which has a convenient transportation system and many high-class facilities around it.

Me Tri urban area - An ideal place for Korean intellectuals and the upper class. 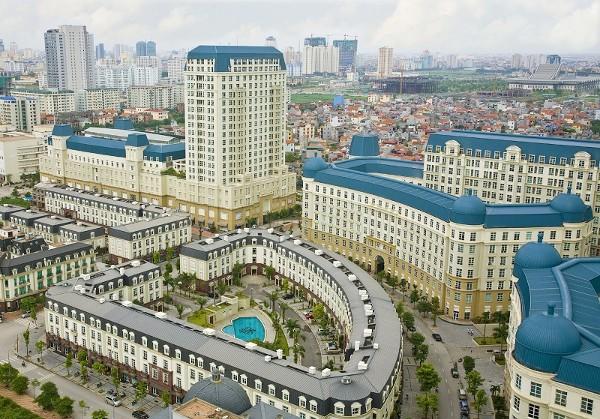 Especially, the Me Tri urban area in Nam Tu Liem district is known as the ideal place for intellectuals and upper-class Koreans. This place is full of villas, and high-end apartments for high-income Koreans. These villas and apartments are located in big urban areas such as The Manor, Keangnam Landmark, Vinhomes Skylake, Vinhomes Green Bay, and so on, chosen by many Korean communities in Hanoi to live in. 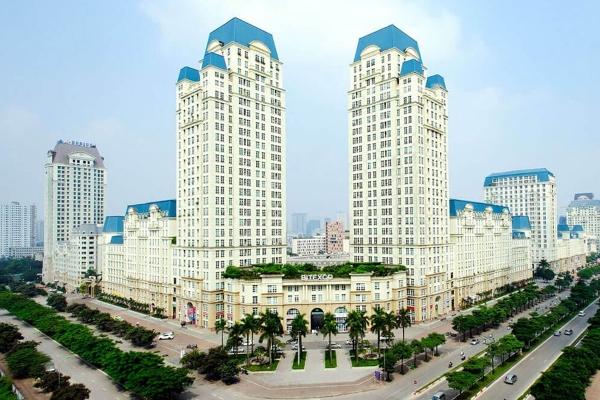 The Manor apartment with modern design, utilities of international standards will be the perfect choice for the Korean elite 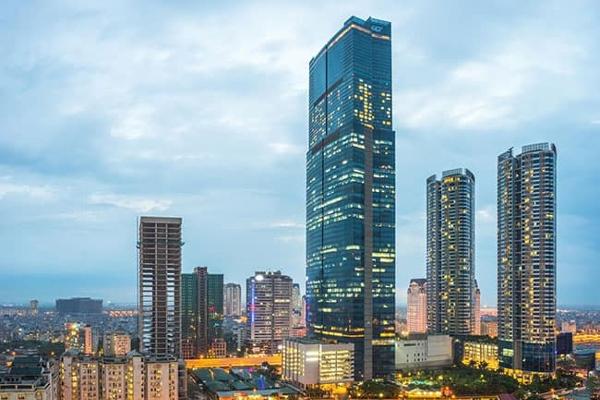 Me Tri urban area also has a lot of shops, supermarkets, cafes,... opened to serve the Korean community in Hanoi. Although the price of services is considered very high, the life here is extremely comfortable and secure in return. 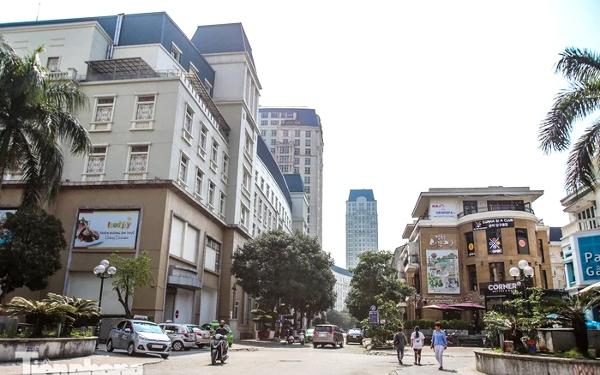 Me Tri urban area is the place to work and live for many Koreans, there are restaurants, supermarkets, cafes,... serving exclusively to the people of Kimchi country 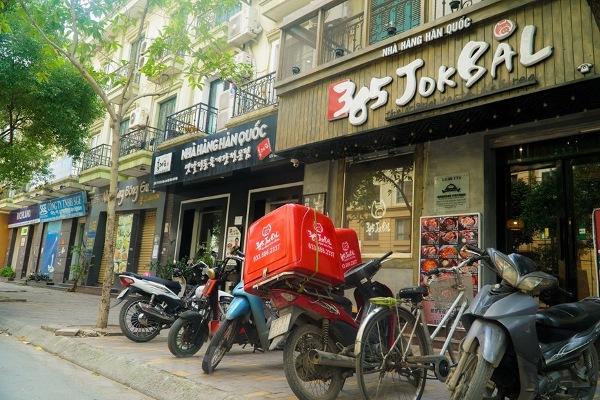 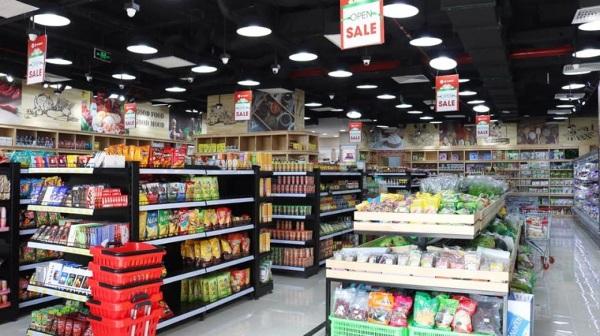 Cau Giay district is a relatively large district in Hanoi Capital, famous for many traditional craft villages such as Paper Village, Round Village, Grapefruit Ward,... In recent years, quite a few Koreans have chosen to come to the Cau Giay district to stay, especially in areas such as Golden Land, Rivera Park, Hapulico urban area, Trung Hoa - Nhan Chinh urban area, and so on. 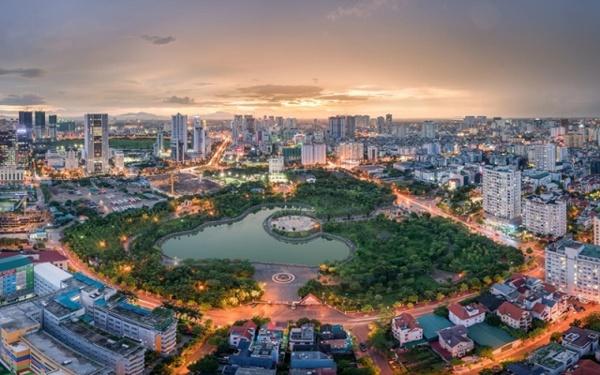 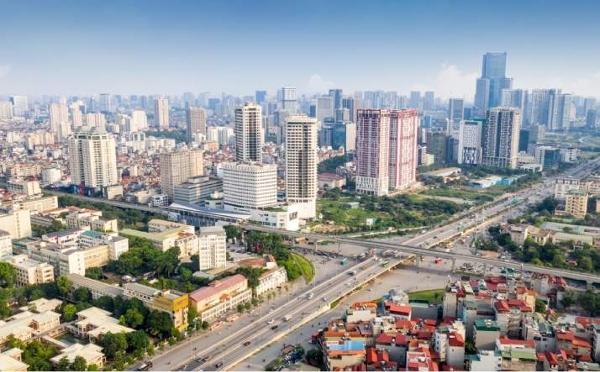 Trung Hoa - Nhan Chinh - An urban area that is especially popular with Koreans. 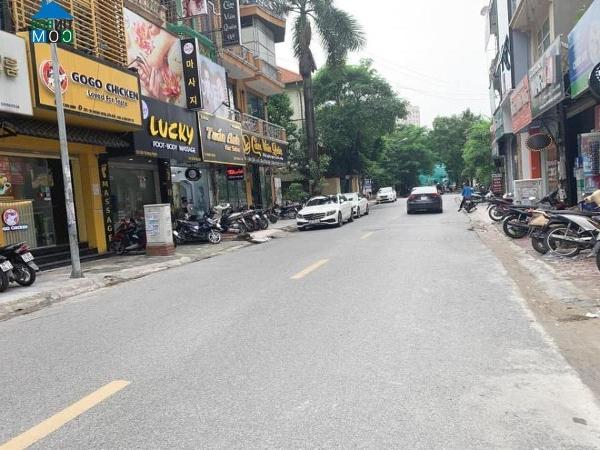 Many Korean shops are easy to find on streets such as Do Quang, Nguyen Thi Thap, Hoang Dao Thuy, and Hoang Ngan. 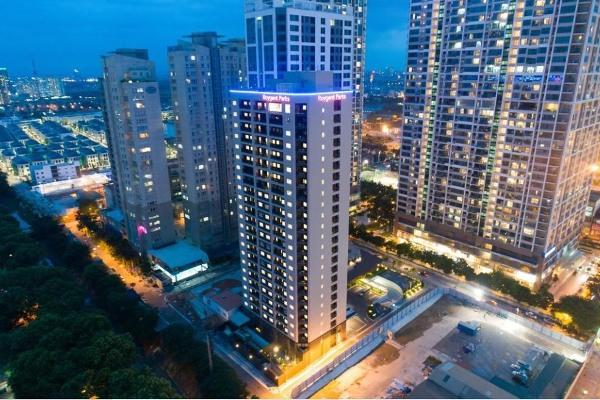 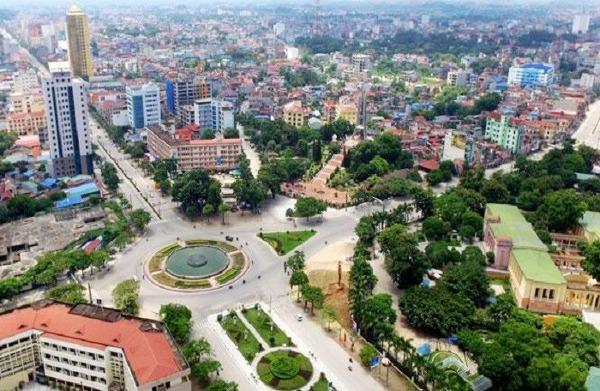 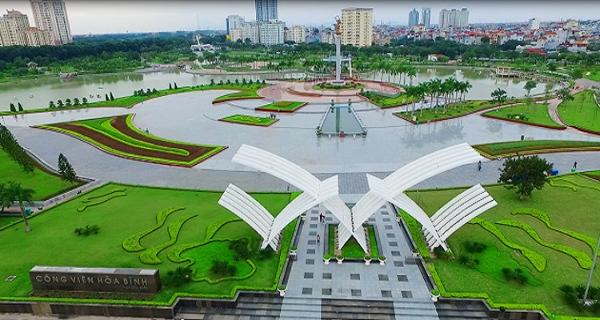 Hoa Binh Park is considered one of the symbols of Hanoi. 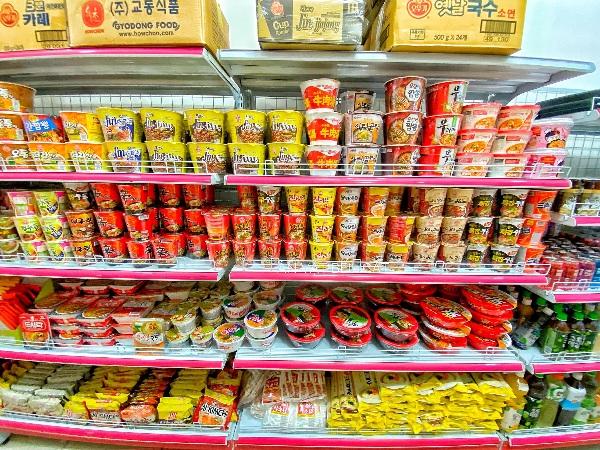 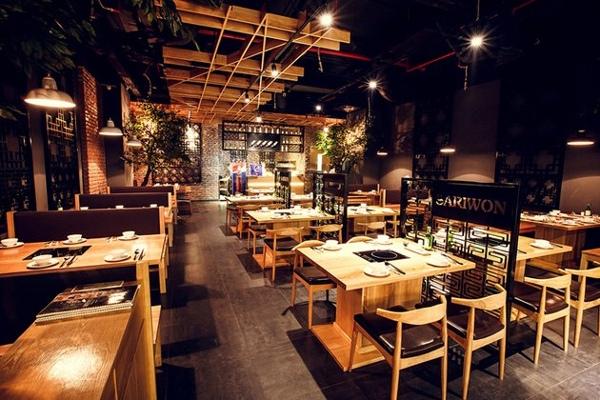 Korean Embassy is located in the Bac Tu Liem district.

One of the places where there is an ex-pat community in Hanoi is the Bac Tu Liem district. In particular, the number of Koreans accounts for the highest proportion of the total number of foreigners living here. One of the big reasons for this is because the Korean Embassy is located in Ngoai Giao Doan Urban Area, Do Nhuan Street, Bac Tu Liem District. When living and working in this area, the Korean community in Hanoi can contact the embassy for assistance quickly and easily. 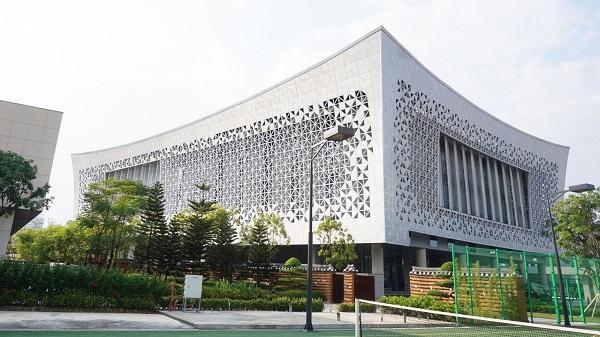 Korean Embassy is located in the Bac Tu Liem district.

Apartments where many Koreans live. 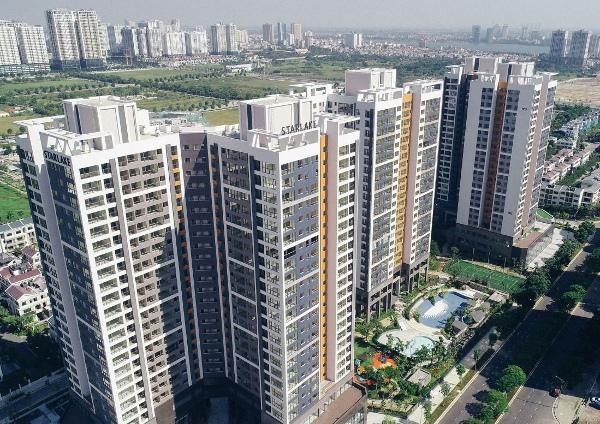 Starlake luxury apartment is designed in Korean standard style, which is preferred by Korean people 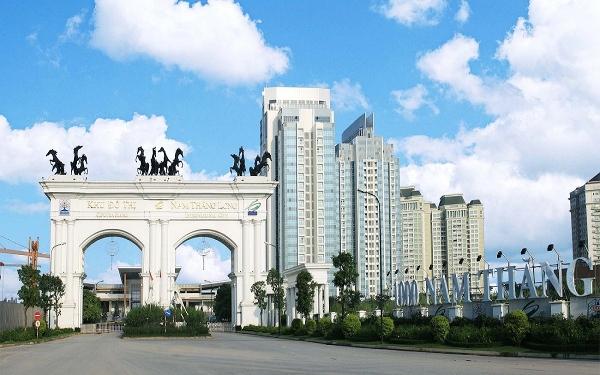 If you are a Korean coming to Vietnam for the first time to live and work, consider choosing the areas with Korean communities in Hanoi mentioned above! Because these are areas with full facilities, and convenient transportation, especially where many Korean compatriots live.

Above is the entire sharing of Property Plus about the top 3 areas with a large Korean community in Hanoi. Hope to help you have more suggestions when starting life in Hanoi. If you need more information, do not hesitate to contact Property Plus!

Tips when looking for a pet-fr... 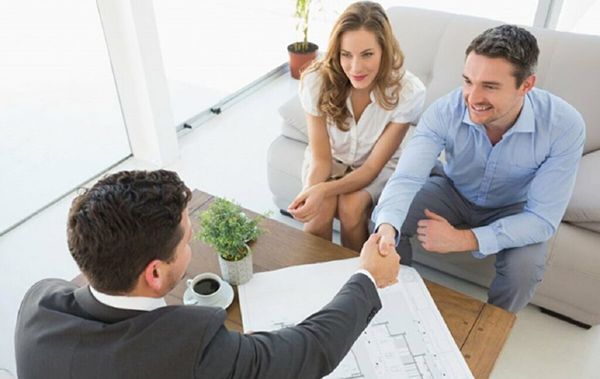 How to find apartments in Hano...