Ideal places to live, there are many foreigners in Hanoi

Hanoi is becoming more and more attractive to foreigners because of its unique culture, stable infrastructure, diverse cuisine, many beautiful landscapes,... There are many suitable places for tourists. Expats in Hanoi , in which Tay Ho district, Ba Dinh district and Hoan Kiem district are trendy places for foreigners to live and work.

Tay Ho District: The "green lung" of the capital - The ideal place for foreigners in Hanoi 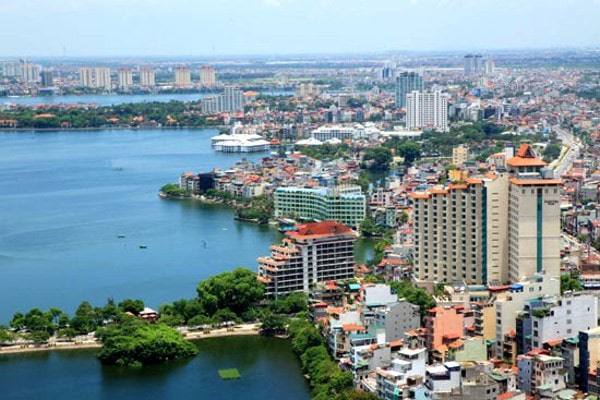 Tay Ho district is home to a unique culinary scene, a vibrant pace of life, and many high-class apartments for foreigners. 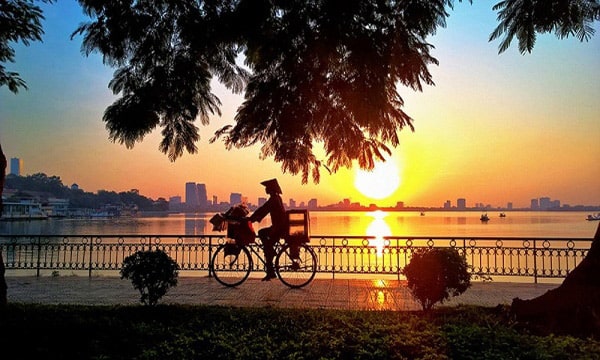 The district's name is named after West Lake - the largest natural lake in the capital, with over 500 hectares. 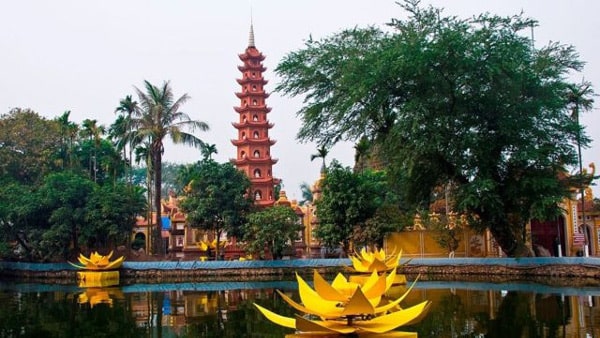 Tran Quoc Pagoda is one of the oldest pagodas in Vietnam, over 1,500 years old, attracting many domestic and foreign tourists to visit. 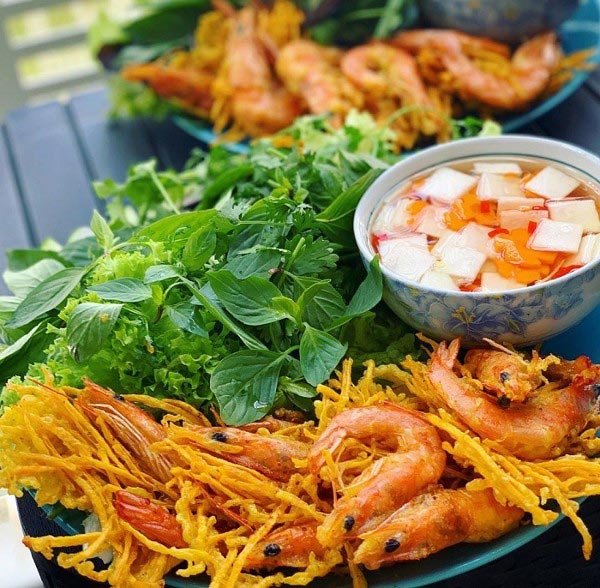 Regarding the traffic system, Tay Ho district is located in the capital's centre, with Nhat Tan bridge and many major roads such as Vo Chi Cong, Hoang Quoc Viet, Au Co, Pham Van Dong, etc... Moving to other locations in Hanoi is easy and fast.

Although developing fast and modern, Tay Ho district still retains a green and quiet space, so many foreigners choose it as a place to live and relax. In particular, West Lake, with over 500 hectares, is likened to the "green lung" of the capital. According to the planning orientation of the city, West Lake will be developed in the direction of both development and conservation of landscape and ecology. Thanks to that, the air here is extremely fresh and cool. 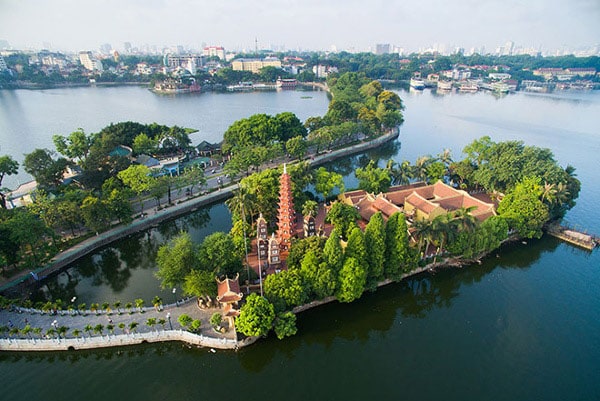 West Lake - The area with the most foreigners living in Hanoi

In recent years, the number of people immigrating from other communities and provinces to Tay Ho district has been very high, making the area's population more crowded. Not only that, but this is also a place chosen by many foreigners to live, especially Western Europeans, Americans, and Koreans.

This place has many high-class apartments for foreigners and has a modern infrastructure such as Western restaurants, gyms, medical facilities, shops, international schools, supermarkets, etc... With a quiet, fresh space and many amenities around, perhaps that is why this place has become the district with the largest of expatriate communities in Hanoi today, especially the West Lake area. 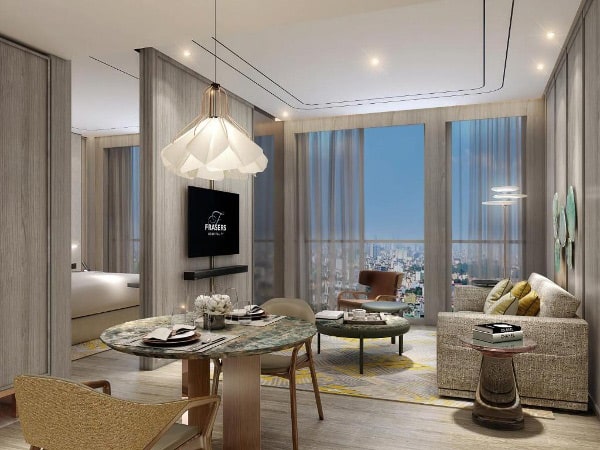 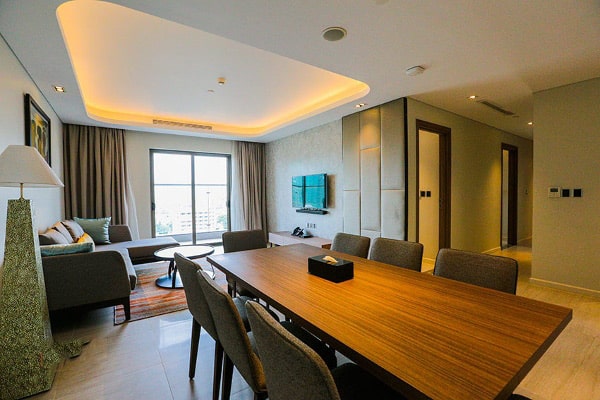 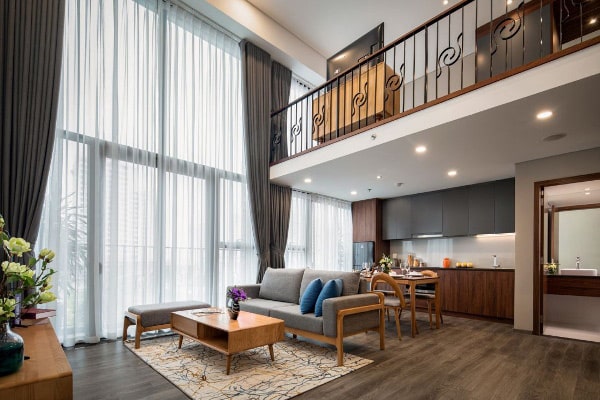 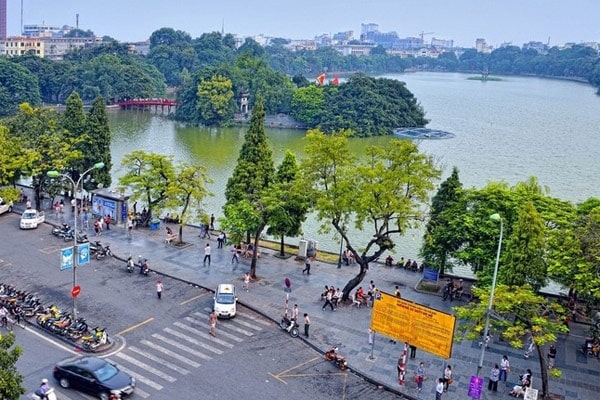 Hoan Kiem District is located in the center of Hanoi, one of the busiest districts in the capital 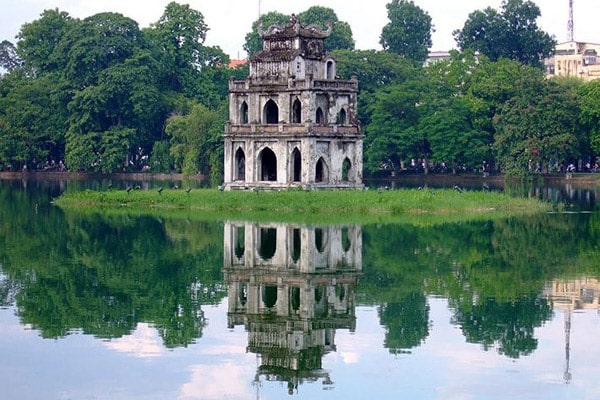 Hoan Kiem Lake (also known as Sword Lake) is not only a famous tourist destination but also a place associated with the historical tradition of the capital. 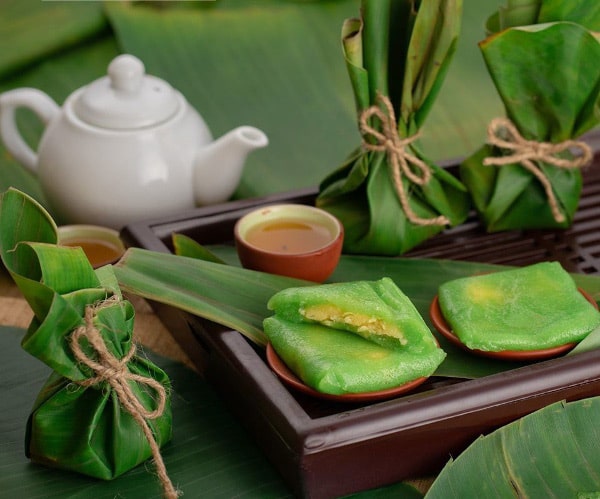 Cuisine in Hoan Kiem district is extremely unique with many delicious dishes, which are popular with domestic and foreign tourists 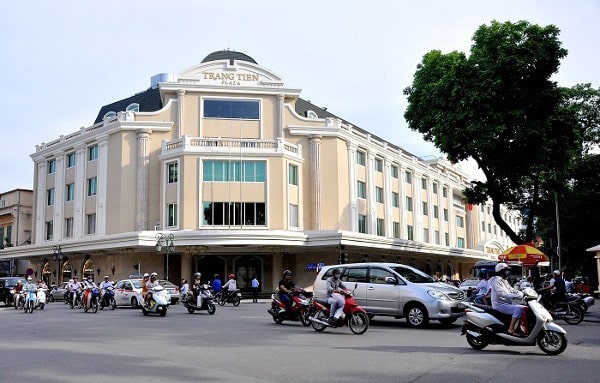 Trang Tien Plaza is the most luxurious and classy commercial center in Hanoi with more than 200 booths of the world's leading brands.

Regarding the transportation system, in the heart of the district, a railway and bus system is running, helping residents conveniently move to many other areas in the city. The road connecting to Nhat Tan Bridge helps move to the airport and neighbouring districts. The Chuong Duong bridge system leads to Long Bien district and provinces in the Northeast region. 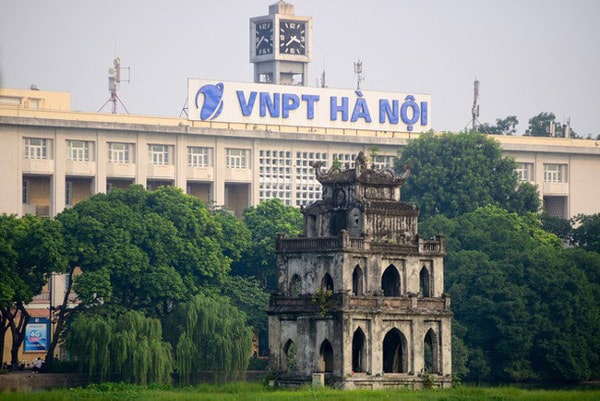 Hanoi Post Office is a place marking many historical ups and downs, built in French architecture with neoclassical style.

Western architecture in Hoan Kiem district is also reflected in the architecture of the old quarter. The streets in the Old Quarter are built in French architecture, divided into small squares in the style of checkerboards with a reasonably short length. Each cell is a neighbourhood. 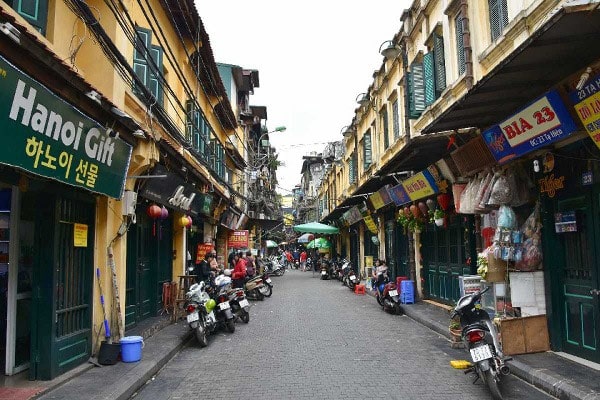 A suitable cultural exchange and living spot for foreigners in Hanoi

Many foreigners are coming to work and live in Hoan Kiem district, coming from many different countries such as China, Korea, Japan, Singapore, Italy, France, Taiwan, Macau, Hong Kong, etc. .. Therefore, Hoan Kiem district will be a suitable cultural exchange and living place for foreigners in Hanoi.

In Hoan Kiem district, there are also many embassies, such as England, Austria, Norway, France, Argentina, Belgium, Italy, Switzerland, etc... helping to support and solve problems in the lives of foreigners in Hanoi. Interior quickly. 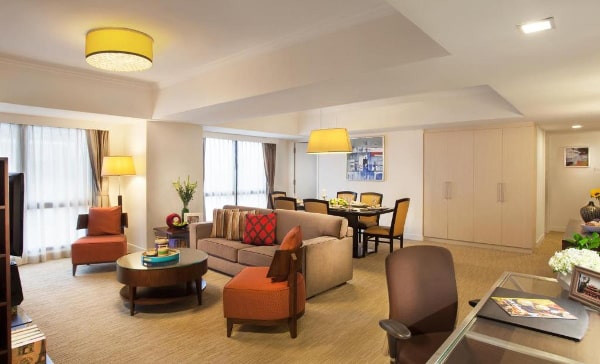 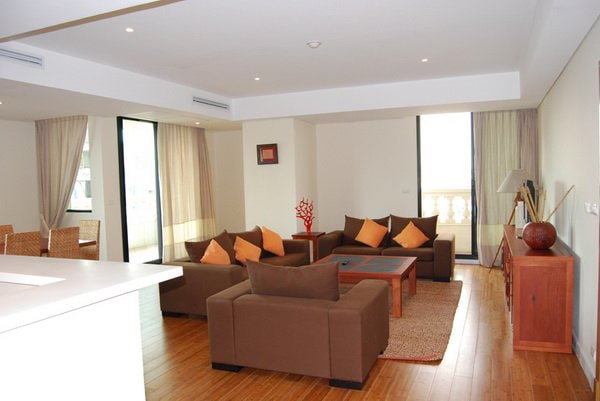 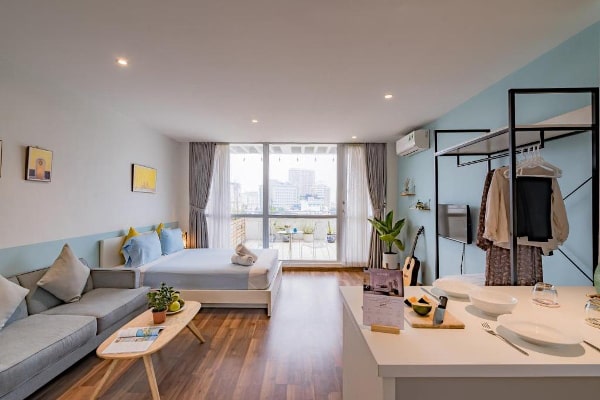 Ba Dinh district is the center of multinational diplomatic missions

The Presidential Mausoleum is the place to preserve the body of President Ho Chi Minh, has great political and cultural significance

With the location as the city's centre, the concentration of leading agencies in the industry, the population in Ba Dinh area has a relatively high level of education, and people have a peaceful lifestyle. Therefore, Ba Dinh is a lovely place for foreigners to come here to work and live, forming foreign communities such as Japan, Korea, ...

The streets of "thousands of people love" in Ba Dinh district

The roads have a relatively simple structure, with a calculated plan that makes them stand out. It is possible to follow the "thousands of people's love" roads such as Kim Ma street, Hoang Dieu street with two rows of poetic mausoleum trees, Phan Dinh Phung street, Quan Thanh street with the scent of milk flowers, ...

The transportation system in Ba Dinh district is also quite flexible, with a dense bus network, an elevated railway line, etc., to help people in the area quickly move to other places in Hanoi.

The best apartment for rent in Hanoi for foreigners

Ba Dinh district is always an ideal destination for the ex-pat community in Hanoi. There are many apartments for rent here with full amenities and prime locations. Prominent apartments in Ba Dinh district that are especially popular with foreigners can be mentioned as Vinhomes Metropolis, The Grandeur Palace, The Five Residence, Hoa Binh Green, The Lancaster,...

Vinhomes Metropolis apartment has a modern design in an open space style, making the room bright and airy. All apartments are fully equipped with furniture imported from abroad, bringing tenants a classy and luxurious life.

The Lancaster Apartment is located at No. 20 Nui Truc Street, Giang Vo Ward

The Lancaster apartments are highly delicate, fully equipped with luxurious, high-class furniture. Inside the apartment complex, there are many integrated facilities, such as a gym, children's play area, indoor swimming pool, supermarket, convenience store, restaurant, etc...

The Five Residences Hanoi apartment building is located at 345 Doi Can, Lieu Giai

Finding an ideal place to live for foreigners in Vietnam is not easy, especially in Hanoi. With over 11 years of operation in the real estate industry in Hanoi, and understanding the cultures of many countries, Property Plus confidently brings a consulting service, management and rental of apartments and apartments. Excellent service for foreigners in Hanoi. If you need more information, do not hesitate to contact us via hotline 08 5666 2566!

Dossiers and procedures for is...