According to folk belief, if the beginning of the year is the Lunar New Year, the end of the year is the God of Kitchen Festival. For a long time, dropping Kitchen Gods off to Heaven has become a beauty in the cultural tradition of generations of Vietnamese people. So, where does it originate? What does it mean? Let's find out with Property Plus in the following article.

1. Legend of the God of Kitchen Festival.

Before officially welcoming the Lunar New Year, every family is busy preparing for the God of Kitchen Festival. It is a traditional custom of the Vietnamese people for many generations.

A Vietnamese legend tells that, once upon a time, there was a poor couple, Thi Nhi and Trong Cao, who lived together very happily and loved each other, but can not had children. In one drunken time, Trong Cao hit Thi Nhi and kicked her out of the house. Because of pain and thinking that her husband no longer needed her, Thi Nhi left the country. Trong Cao woke up the next morning, deeply regretted it. Then, he had left home and looked for his wife everywhere. Because of poverty and frequent illnesses, Trong Cao became a beggar everywhere, just wanted to find Thi Nhi.

Many years later, once in a visit to a house to beg, Trong Cao met Thi Nhi again. At that time, Thi Nhi had a new husband, Pham Lang. Out of pity for her ex-husband, Thi Nhi took rice and wine for Trong Cao to eat and drink. Unexpectedly, Trong Cao was drunk and fell asleep unconscious. Fearing that Pham Lang would return home, she would find Trong Cao, so Thi Nhi pulled her husband to hide in the straw in the front yard. Pham Lang returned home from hunting and brought a civet. He happily told his wife to go to the market to buy neighbors, lemongrass, and shrimp paste.

While setting fire to burning the civets, Pham Lang did not notice, so the fire caught the straw in front of the house. When Thi Nhi got home and saw the burning straw, she painfully said goodbye to Pham Lang and ran into the fire with Trong Cao. Because of his love for his wife, Pham Lang also rushed into the straw with the other two.

When the straw burned out, the villagers saw that all three were dead and still hold hands.

2. The custom of worshiping Kitchen guardians

The Vietnamese consider the three Gods of Kitchen (or the Kitchen Kings) as the Gods who govern all the owner's activities. They are the gods who decide the luck, bad luck and bless of the whole household. Besides, they also prevent the invasion of the devil and keep the peace for the host family. This blessing is due to the righteous conduct of the owner and the people in the house. They wish the Kitchen God to "bless" their family with a great deal of luck. Therefore, when Tet is coming each year, people usually hold a ceremony to send the Gods of Kitchen to Heaven solemnly on December 23.

3. What does the ceremony of Ong Cong Ong Tao include?

The offerings of Kitchen guardians do not have to be too fancy, but they need to be solemn to show the owner's heart. According to tradition, offerings to Kitchen Gods include three pieces of God of Kitchen hats (two men hats and one women hat). The hat for the man Kitchen God has two wings while the hat for the women Kitchen god has no.

These hats are decorated with glittering circular mirrors and colorful glitter. For simplicity, people sometimes only offer a symbol of Mr. Cong's hat (with two wings of a dragonfly) accompanied by a shirt and a pair of paper shoes. The color of the hat, shirt, or shoes changes every year according to the five elements. (For example: use a yellow hat in the mental year, use a white one in the wood year, use a blue one in the water year, use a red one in the fire year, use a black one in the earth year). 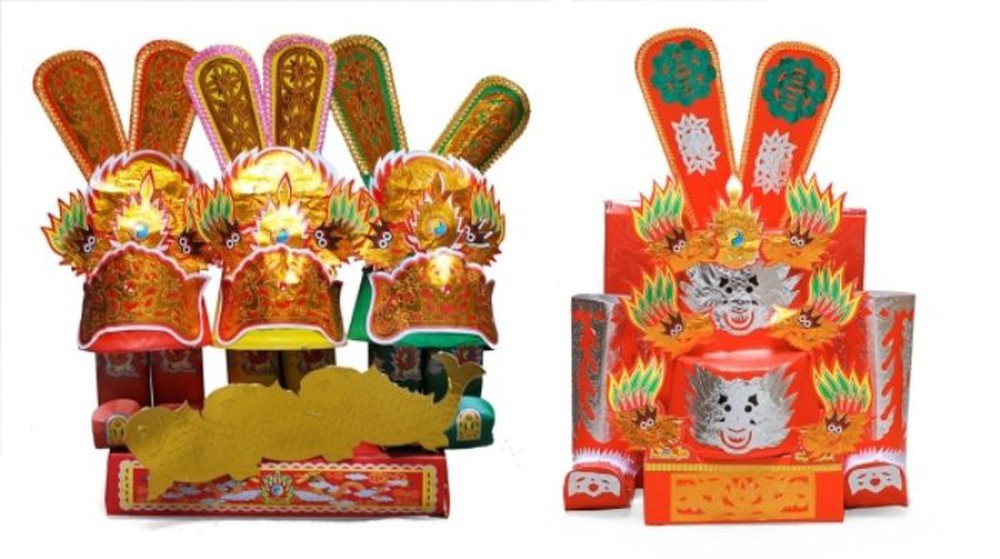 These "votive offerings" will be burned beside the old tablet after worshiping the God of Kitchen every December 23. After that, people set up a new tablet for Kitchen Gods.

In addition, according to Vietnamese folk beliefs, in the ceremony, Kitchen Gods cannot lack carps which are their means of transportation. In the Northern provinces, people often offer one to three live carp placed in a water bowl. After the offering is complete, the fish will be "released" into rivers and lakes. That action is implied as "carp turns dragon."

However, in the Central region, people offer a paper horse with a full saddle and bridle. In the South, things are simpler. They only offer hats, shirts, and paper hats.

Depending on each family situation, in addition to the main offerings mentioned above, people either perform a salty ceremony (including sticky rice with chicken, boiled pork leg, dishes cooked with mushrooms, bamboo shoots, etc.) or a vegetarian ceremony (including betel nut, flowers, etc.) fruit, gold paper, silver paper, etc.) to send Kitchen Gods to Heaven.

After learning about the origin and offerings of Kitchen Gods, the next thing many people are interested in is the date and time of the offering. According to time, the worshiping Kitchen Gods can start from December 21, and finish before the end of the Horse hour (about 11 a.m. to 1 p.m.) on December 23 every year. It is also the moment when the Gods must focus on preparing to report to the Jade Emperor in Heaven.

In 2021, December 23 will be Thursday (February 4, 2021). At that time, many people are still at work, so it doesn't have to worship at exactly noon. Instead, you can start worshiping Kitchen Gods on the 21st, and keep in my one thing is to end before the end of the Horse hour of the 23rd.

It can be said that for generations, Vietnamese people have paid great attention to and always held a solemn ceremony to worship Kitchen Gods with the most sincere heart and the hope that he will help them keep the "fire" always full of warmth and happiness.

Through this, Property Plus hopes that you have understood more about the origin and meaning of this long-standing culture of Vietnam. Above all, together, prepare for a Tet holiday of Mr. Cong and Mr. Tao. Please take care of your family in the next few days. 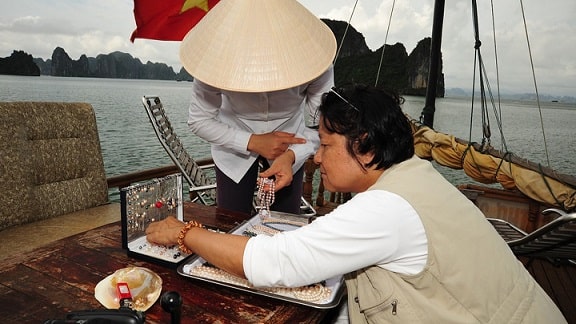 What is cheaper to buy in Viet...